For all the marvels of modern smartphones, battery life has long been a thorn in the side of both manufactures and consumers. Having a slimmed-down, super-powered computer that fits in your pocket is all well and good, but when it can’t get through the day without being plugged into a wall, we can’t help but feel somehow stuck in the past. We don’t remember seeing charging cables in the Minority Report.

Alongside shatter-proof screens and superfast 5G internet speeds, what people really want is a smartphone with stamina, and the lithium-ion batteries found in the current crop of handsets just aren’t cutting it. We bemoan the likes of Samsung, Google and Apple each time they release a phone that fails to fix the problem, but the truth is that they’re working on it, it’s just easier said than done. They’re not the only ones plotting either, so, will any of these concepts be the solution to our smartphone battery life woes?  http://www.sunwindbattery.en.alibaba.com

The most recent battery solution to hit the headlines is made from aluminum and promises to charge a smartphone in just 60 seconds. This isn’t the first attempt at harnessing the supercharging powers of aluminum, but where previous versions couldn’t withstand more than 100 recharge cycles, the latest from Stanford University can supposedly last through as many as 7,500. What’s more, the battery is bendable and safe, as researchers demonstrated that you can even drill a hole through without it bursting into flames before your eyes. Not that we’d recommend it.

Stanford’s aluminum battery currently produces half of the voltage required to bring a smartphone back to life, but the team believes that it can make improvements to the cathode material which would make it a viable option for manufacturers. Let’s hope they’re right.

60 seconds? That’s nothing, at least if you’re to believe the team behind StoreDots. The Israeli startup claims that it can half that time using so-called ‘nanodots’, using tiny peptide crystals as semiconductors.

The video demonstration above certainly looks impressive, but details of how the battery works are all a bit vague for now. Presented at this year’s CES, the company claimed its technology can guarantee five hours of battery life – which isn’t as bad as it sounds at 30 seconds a charge – but the big question is whether the battery can still survive as long after a few months of receiving these adrenaline shots. Either way, we should find out soon enough, as the company claims it can have the technology ready for sometime next year.

If durability is what you’re after, then the Nanyang Technology University in Singapore has a battery that will last for 20 years AND it can reach a 70% charge in just two minutes. The battery is not too dissimilar from those we’re already using, but it replaces the graphite used for the anode (the negative pole) with a new gel material made from titanium dioxide nanotubes a thousand times thinner than a human hair. This technology speeds up the rate in which electrons can transfer in and out of the battery which, to put it simply, accounts for the ultra-fast charge.

So what’s the catch? Well, in terms of actual battery life, this isn’t any better than what’s in your current smartphone, and you’ll still need to carry around a cable. Even so, the charging times are at least a rapid improvement, and the company claims the battery could be fit for purpose in around two years.

Improving your phone’s battery life might be the obvious solution, but it’s not the only way to keep your device charged. One other possibility is Ubeam, which wants to replaces plug sockets with ultrasound transmitters that charge our technology wirelessly as we go about our daily business. The concept from 22-year-old Pennsylvania graduate Meredith Perry has taken $750,000 in seed funding and, if implemented, would signal a radical shift in thinking that would require Ubeam transmitters to be installed absolutely everywhere.

Wireless charging is gaining momentum, but it’s still a long, long way off gaining any kind of ubiquity. Also, with all of the big names in tech working on improving battery life, Perry’s chance of getting this to market before that happens are pretty slim.

Finally, if all these ideas fail, then we can always just fill our phones up with urine and hope for the best. No, we’re not kidding, although, granted, the idea from the Bristol Robotic Laboratory is a little more sophisticated. With a little financial help from the Bill Gates Foundation, researchers have found that urine can be broken down and used to output electricity using a Microbial Fuel Cell. Okay, this is unlikely to come to fruition on any kind of large scale, but it’s a carbon neutral solution, and it might also be used in parts of the developing world where electricity is harder to obtain.

Eid Mubarak To All Muslim Friends

The Function of Protective Board to Battery 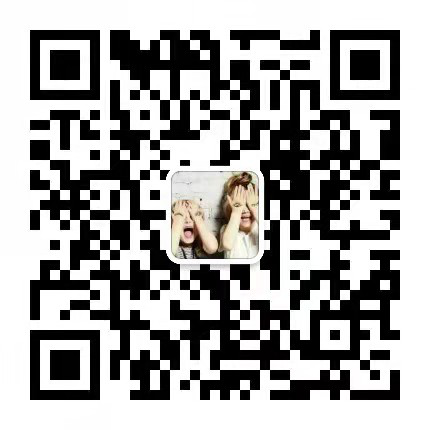